How did I get here from there? 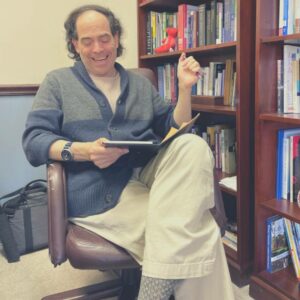 Since the 1990s, I have worked and trained in a multitude of mental health settings, including assisted living facilities, therapeutic day schools, correctional programs, outpatient clinics, and inpatient psychiatric units. My PsyD degree program in clinical psychology at Adler University in Chicago afforded me the opportunity to hone my craft, studying and utilizing many different types of psychotherapy techniques. Prior to this, I earned an MS at the University of Wisconsin, researching the role of anxiety and impulse control in mental illness; additionally, I obtained an MA at Princeton University, examining the social aspects of psychology, how people interact. Back in college, I earned a BS in the psychology honors program at the University of Maryland, graduating summa cum laude, phi beta kappa.

So, how did I get here from there? 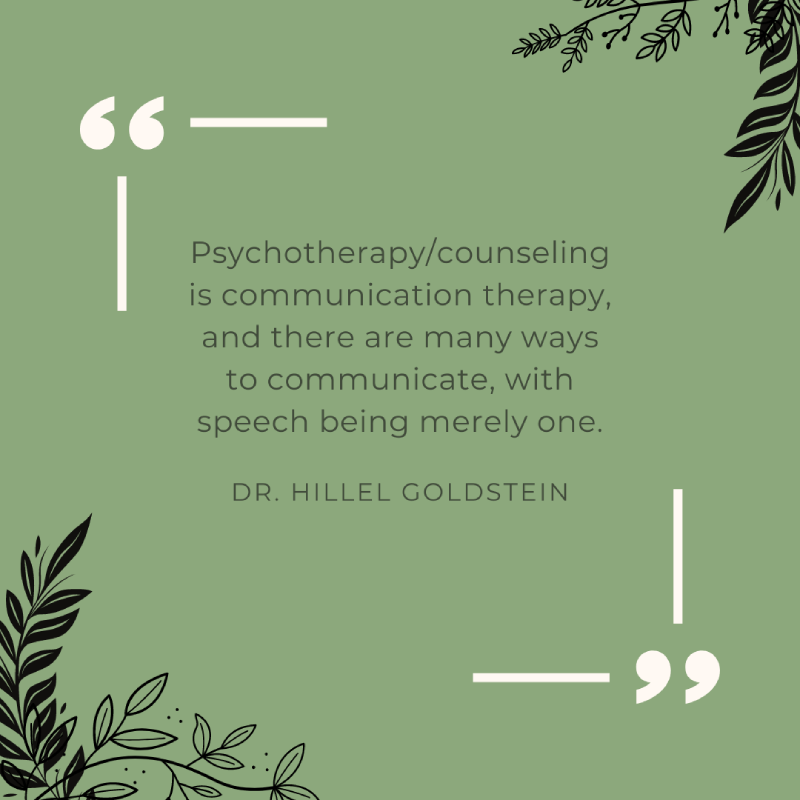 About six years ago, I opened a private practice and the very first patient that was referred to me was somebody a colleague counterintuitively said I could not help. The young man had expressive aphasia. The conventional “wisdom” warned me that because “psychotherapy is ‘talk therapy,’” it could not by-definition work for people with aphasia. I am grateful for being told such nonsense because it gave me an intellectual jolt, forcing me to think outside the box. I reached this conclusion: Psychotherapy/counseling is communication therapy, and there are many ways to communicate, with speech being merely one.

In the early stages of therapy, a variety of therapy techniques were performed so I could learn the young man’s language. Body language was a large part of his communication. The patient was a gifted artist. He could express the most subtle emotions with a piece of paper and a chunk of charcoal. Add some color and watch him go. So, he drew what he felt and thought. He had some words he could say—aphasia is rarely 100%—but his drawings played the key role in him communicating. I learned to understand him and communicate in his language, although I confess, I am not a great painter. As he became more comfortable with psychotherapy, he shared that he was also a music enthusiast. He would find music that expressed how he was doing, and we would go there. I may not be great with paint, but I am a good musician.

Now, I have decided to only see people with brain injury. The more I worked with this population, the more sold I became on the idea because I saw results. I also felt like this population does not get proper and informed attention from the mental health community. For instance, some people with impulse control problems stemming from frontal lobe injuries are told by counselors that they have antisocial personality disorder or “manic depression [sic].” Brain injury can result in signs and symptoms that mimic mental illness, yet what we are seeing are psychological expressions of the changes in the brain and the reaction that the person has to those changes. Your therapist needs to understand how that works and how to help in a sometimes radically different fashion than how it is done in “regular” counseling.  To do this I use a combination of evidenced based research and therapies I have modified to fit individuals after understanding their brain injury. I do not start from the assumption that they have “regular” behavioral health concerns. Although it may happen that they have both a brain injury and a condition of mental health concern. Still, that is a comorbidity, a condition involving coexisting syndromes that must be treated as such.

4 thoughts on “How did I get here from there?”

Top
We use cookies on our website to give you the most relevant experience by remembering your preferences and repeat visits. By clicking “Accept”, you consent to the use of ALL the cookies.
Do not sell my personal information.
Cookie settingsACCEPT
Manage consent

This website uses cookies to improve your experience while you navigate through the website. Out of these, the cookies that are categorized as necessary are stored on your browser as they are essential for the working of basic functionalities of the website. We also use third-party cookies that help us analyze and understand how you use this website. These cookies will be stored in your browser only with your consent. You also have the option to opt-out of these cookies. But opting out of some of these cookies may affect your browsing experience.
Necessary Always Enabled
Necessary cookies are absolutely essential for the website to function properly. These cookies ensure basic functionalities and security features of the website, anonymously.
Functional
Functional cookies help to perform certain functionalities like sharing the content of the website on social media platforms, collect feedbacks, and other third-party features.
Performance
Performance cookies are used to understand and analyze the key performance indexes of the website which helps in delivering a better user experience for the visitors.
Analytics
Analytical cookies are used to understand how visitors interact with the website. These cookies help provide information on metrics the number of visitors, bounce rate, traffic source, etc.
Advertisement
Advertisement cookies are used to provide visitors with relevant ads and marketing campaigns. These cookies track visitors across websites and collect information to provide customized ads.
Others
Other uncategorized cookies are those that are being analyzed and have not been classified into a category as yet.
SAVE & ACCEPT
Powered by